What Is the Load Capacity for Heavy Duty Dollies?

Home/Roller Dollies/What Is the Load Capacity for Heavy Duty Dollies?

What Is the Load Capacity for Heavy Duty Dollies?

When it comes to moving heavy loads yourself, there’s no better method than the dolly.

Heavy duty dollies are mainstays of warehouses and factories, and their load capacity is just one reason. They are must-haves for any business that requires the transportation of heavy, oversized objects.

Heavy duty dollies specialize in carting around extra heavy loads, such as machinery. Even still, the overall load capacity of these dollies varies from dolly to dolly.

Here is everything you need to know about the maximum load capacity of heavy duty dollies and how to pick the right one for you. 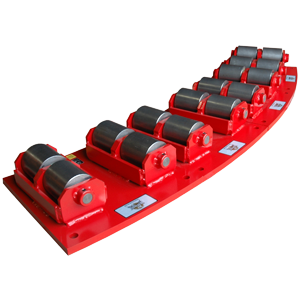 Dollies are not a one-size-fits-all type of commodity. When choosing one, keep in mind:

Generally speaking, all heavy duty dollies can carry thousands of pounds of equipment—and that’s per skate.

Before selecting a dolly, you should know the exact weight of the items you need to transport. Exceeding the overall load capacity of your dolly could damage it, as well as the item you were using it to move. That said, the carrying capacity of heavy duty dollies runs from 1.5 to 100 tons per dolly skate, depending on the type.

Here are some sample load capacities for dollies we offer:

By evenly distributing the weight of the item you’re moving over several dollies, you can increase the load capacity of your dollies.

Dollies are a necessary piece of equipment for hundreds of different kinds of enterprises. Even so, before you invest in one, you want to make sure you’re going to get one you can rely on to carry even your bulkiest loads.

If you’re not sure which is right for you, contact us. We can help you find the right dolly for your needs. We offer dozens of different skates, many of which can be customized to meet your specifications.