How and Where to Relocate Controversial Memorial Statues

How and Where to Relocate Controversial Memorial Statues

The Southern Poverty Law Center’s research discovered that nearly two-thirds of all Confederate monuments were built during the Jim Crow and Civil Rights era. These memorial statues create controversy relative to American history and the Union’s laws.

A recent New York Times article suggests that “at a crime scene, you don’t destroy evidence.” Whether or not people agree on the meaning of controversial statues like these, it’s possible they can be relocated thanks to breakthroughs in industrial moving equipment.

If you’re interested in what can be done to make use of these memorial statues as opposed to destroying them, consider these three novel ideas. 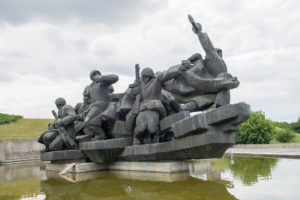 1. A Monument Park Regarding The Civil War

Monuments and museums that teach about the American Civil War are scattered all over the country. Placing a monument used to be difficult, often involving having the statue be constructed on location.

Since they’ve never been easy to move, why not bring them all to one central location where viewers can learn about them in a modern context? People can then learn the history of slavery as connected to the war and the figures who were central to that struggle.

Memorial statues of controversial figures can be included in museums, where they can be discussed for their sculptural qualities. Removed from the context of commemorating a space, they can be dissected academically. Their removal could be facilitated by the same kinds of machine moving skates that are standard in manufacturing.

History is full of art depicting problematic figures, so they could end up fitting right in.

3. A Park Talking About Why They Were Built

As mentioned in the introduction, many of these memorial sculptures get built as a reaction to some cultural or social change. Some have been accused of staking a regressive claim in neighborhoods that are becoming more diverse. Thanks to developments in hauling, these statues can now be easily transported as many major structural relocations have exhibited.

Moving Confederate monuments to a park where they can be discussed in the context of Jim Crow and Civil Rights could be instructive to people of all ages.

The history contained within some memorial statues is painful to many communities living today. This is reason enough to examine their location and their existence. But before we destroy them, we should consider ways they can be used.

If you’re interested in finding out how this kind of work would be done, check out our guide on how to relocate large structures.